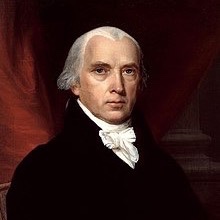 Primarily known for: Founding Father, “Father of the Constitution”, co-founded the Democratic-Republican Party, War of 1812

Reason term ended: Declined to run for a third term