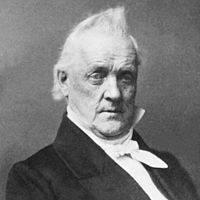 Primarily known for: Panic of 1857, the Dred Scott Decision, the threat of civil war, the Covode Committee

Reason term ended: Not the Democratic nominee in 1860, which was also a splintered election due to the South declaring its own Democratic Party.